Geduino’s hardware was designed to be easily constructible with basic tools available to all makers. Despite its simplicity Geduino is equipped of all sensors and computational power needed for most advanced tasks.

Geduino is a differential drive robot: even if this configuration limits movements (e.g. the robot cannot move along its traversal axis as an holonomic robot can do) it is easy to build and allows to have reliable odometry data.

Odometry information came from encoders of EMG30 motors (with 360 click per revolution) and it is fused with information provided by Invensense MPU9150 IMU in order to have most accurate results.

Its chassis is made by two carbon fibre plates one on top of the other. 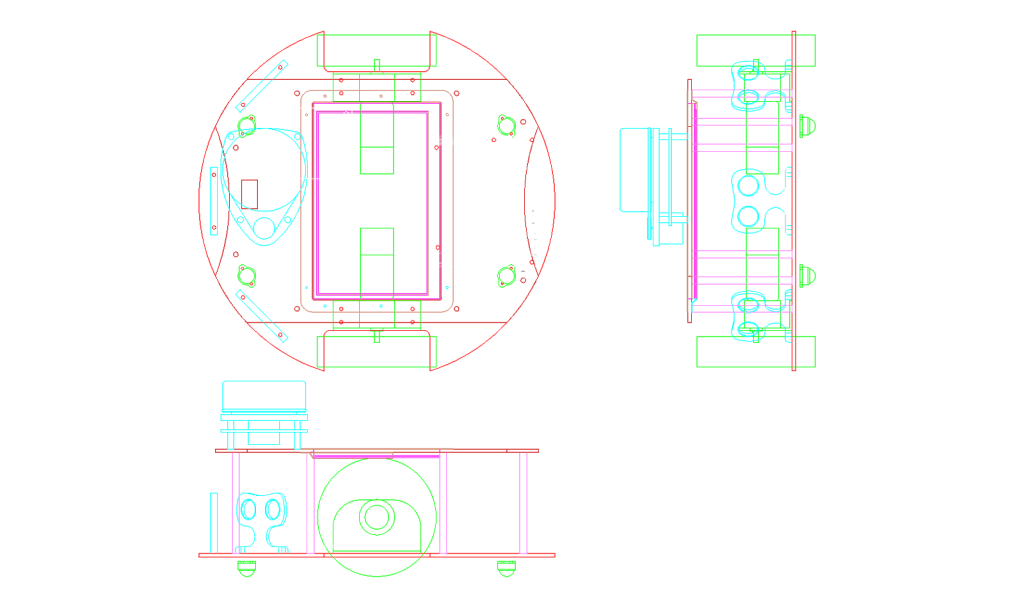 The upper plate holds all components that are designed for interaction (the LCD touch panel and the power button) and the sensors that require clear view of the world around (camera and lidar). 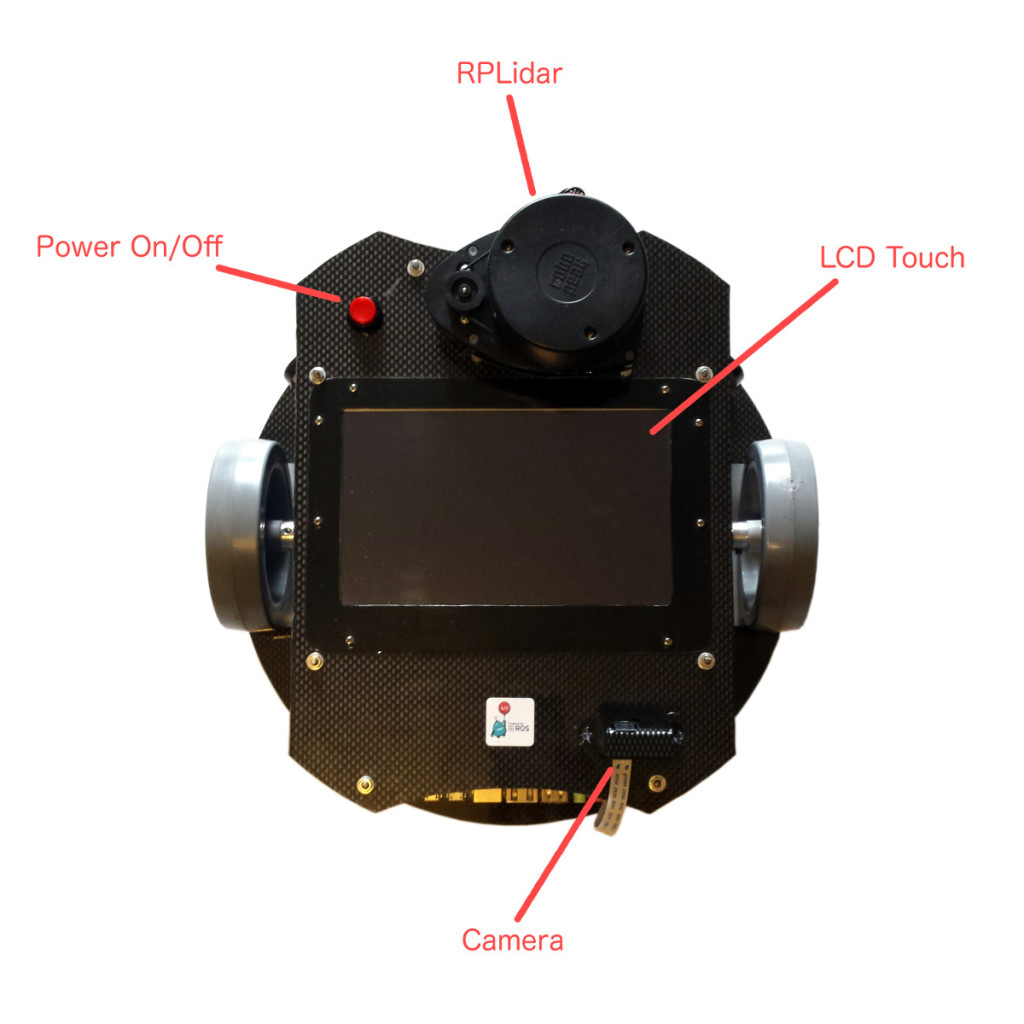 The lower plate holds the motor brackets (with EMG30 motors and the wheels) and the supports for the upper plate. Furthermore it houses the main electronic components and sensors: 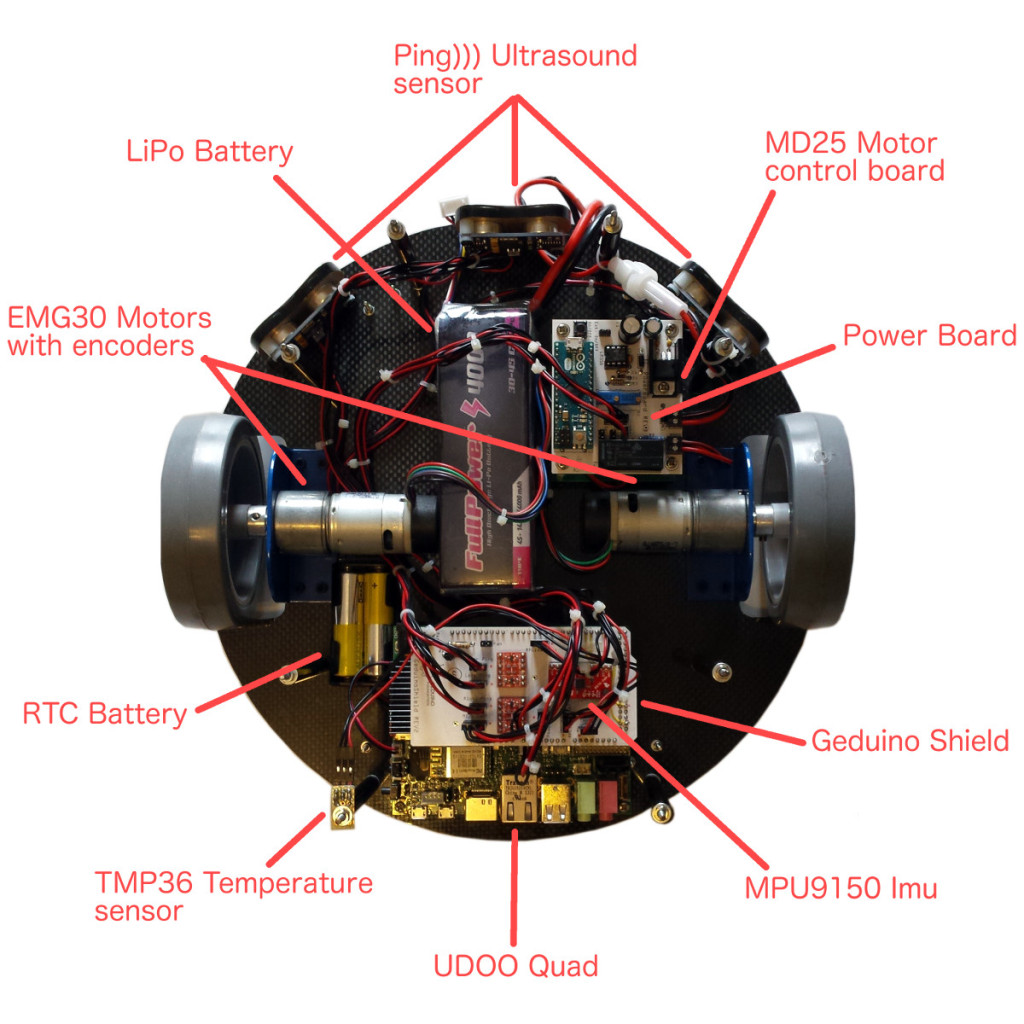 The following architecture diagram shows how all subsystem are electronically connected between them. 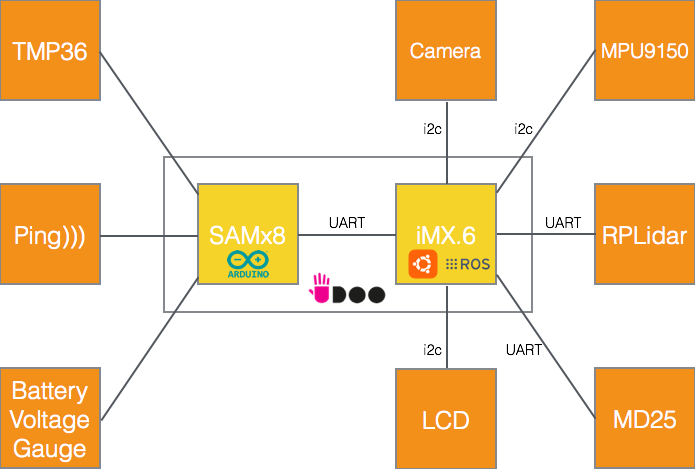